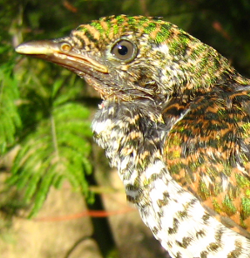 I found the baby bird in the photo below ( Taken with a cellphone ) under the trees in a forest in the Swellendam area of the Western Cape in South-Africa. At that stage it could not fly yet, lacked feathers under its wings and behind its neck. I estimate it to have been about 2 weeks old when I found it. Here is the photo I took with my cellphone the day I found it: 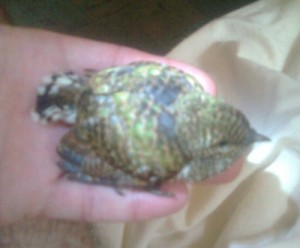 Lots more interesting stuff down here by the categories: